Small post office in the old town of Klaipėda was one of the town’s most unique places. It has history as the last pigeon post in Europe, the place was one of the stops of the 19th century post road . 1980s office was completely renowed as the solid piece of art. The sculptor together with an architect created unique interior whith oak furniture and bronze sulptures telling the history of the Post and reimagining it’s future. Finally the post was important place for returning Lithuanian indepencence. In 1991 envelopes marked with special stamp were carried arround the world by yacht ‘Lietuva’ spreading the message of Lithuania’s independance. Documets from Reform Movement of Lithuania still locked in the stongbox inside the office.

Group of citizens initiated campain to preserve Post office. Postcards with artworks form the office were created and dedicated to miniser of transport and communications. During the event citizens were dedicating their wishes to preserve unique place by filling postcard and sending them to the ministry.

It is still not happy end, but after campain Klaipėda municipality initiated working group to find best way how to maintain the Old Pigeon Post. 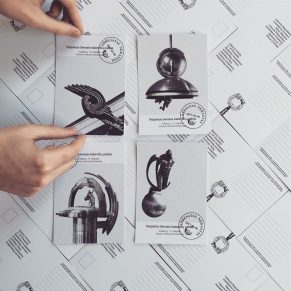 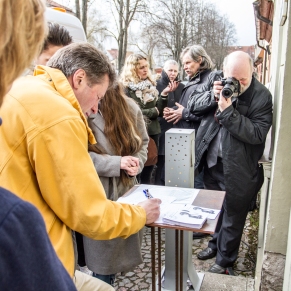 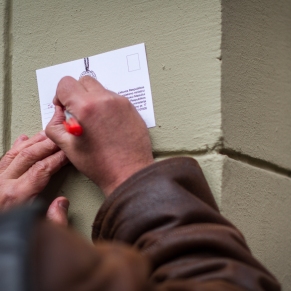 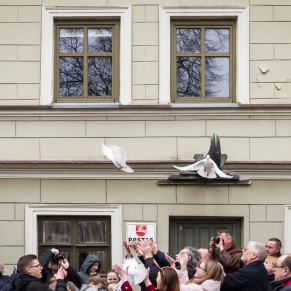